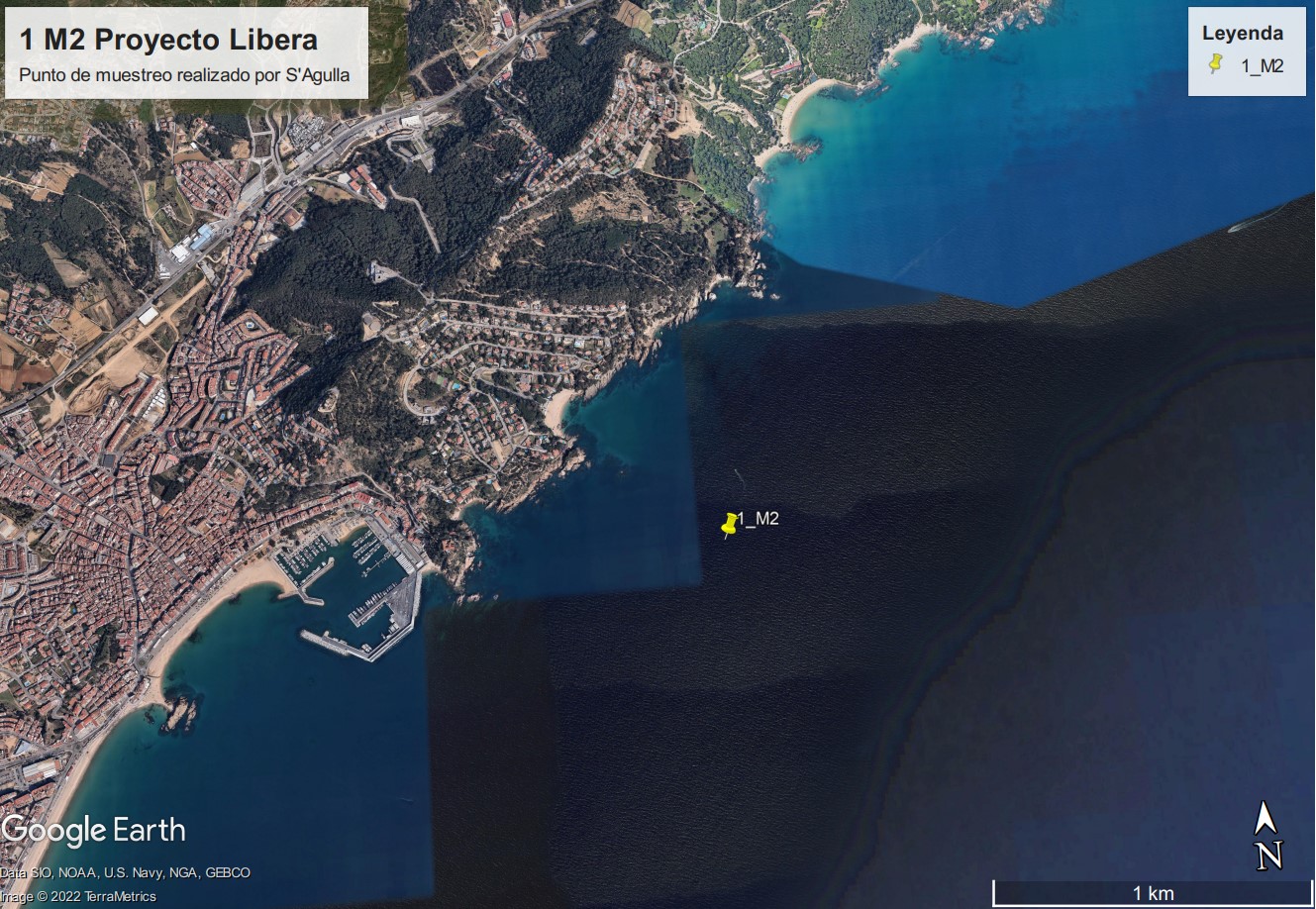 This morning S'Agulla has attempted to perform a clean-up of the sea bottom at the coast off Blanes (Spain). This action is part of the campaign 1m2 against litter organised by #proyectolibera.  The objective is to draw awareness of abandoned litter in nature by taking action doing clean up events around Spain.

S'Agulla has collaborated by organising a SCUBA dive at 30m deep. In spite of the beauty of the landscape, abandoned fishing lines and nets have been found. They are not easy to identify because they have been colonised by all kinds of organisms: algae, sponges, bryozoa... Thus, proof that these fishing gear have been there for over a year at least. It is dangerous to remove them because it is difficult to get them unstuck from the rock and because SCUBA divers could get dragged during hoisting. In this case it is best to report them to pescafantasma.cat. Information about position, state of the fishing gear and photographs are required. Pescafantasma.cat is a Project of the University of Barcelona that aims to assess on the environmental impact of ghost fishing. Also, if the fishing nets are still active, they report it to the Aquatic Unit of the Mossos d'Esquadra (Police of the Autonomous Community of Catalonia, Spain), to remove it.

The fishing gear found are not actively fishing, but they do cover the rock not allowing marine life to inhabit its cavities. Moreover, since they are made of plastic, they will last for centuries in the sea bottom. As for the glass bottle, thanks to ancient Greeks, we know that it will continue like new after 2000 years...

On behalf of S'Agulla we would like to thank buddy SCUBA divers for joining us and congratulate #proyectolibera for the 1 m2 against litter initiative. After all, such easy access to so resistant materials calls to good management for when it becomes litter! 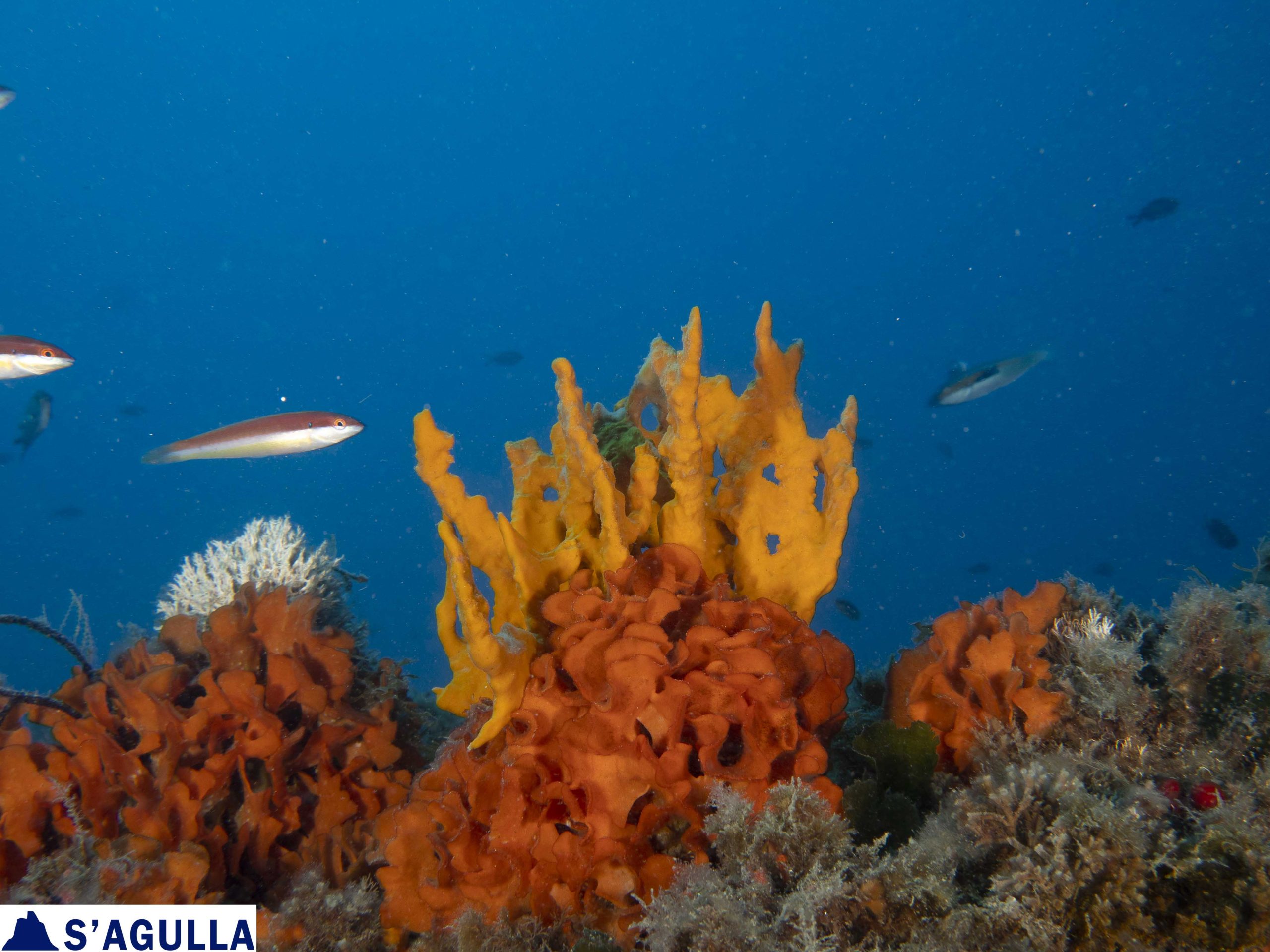 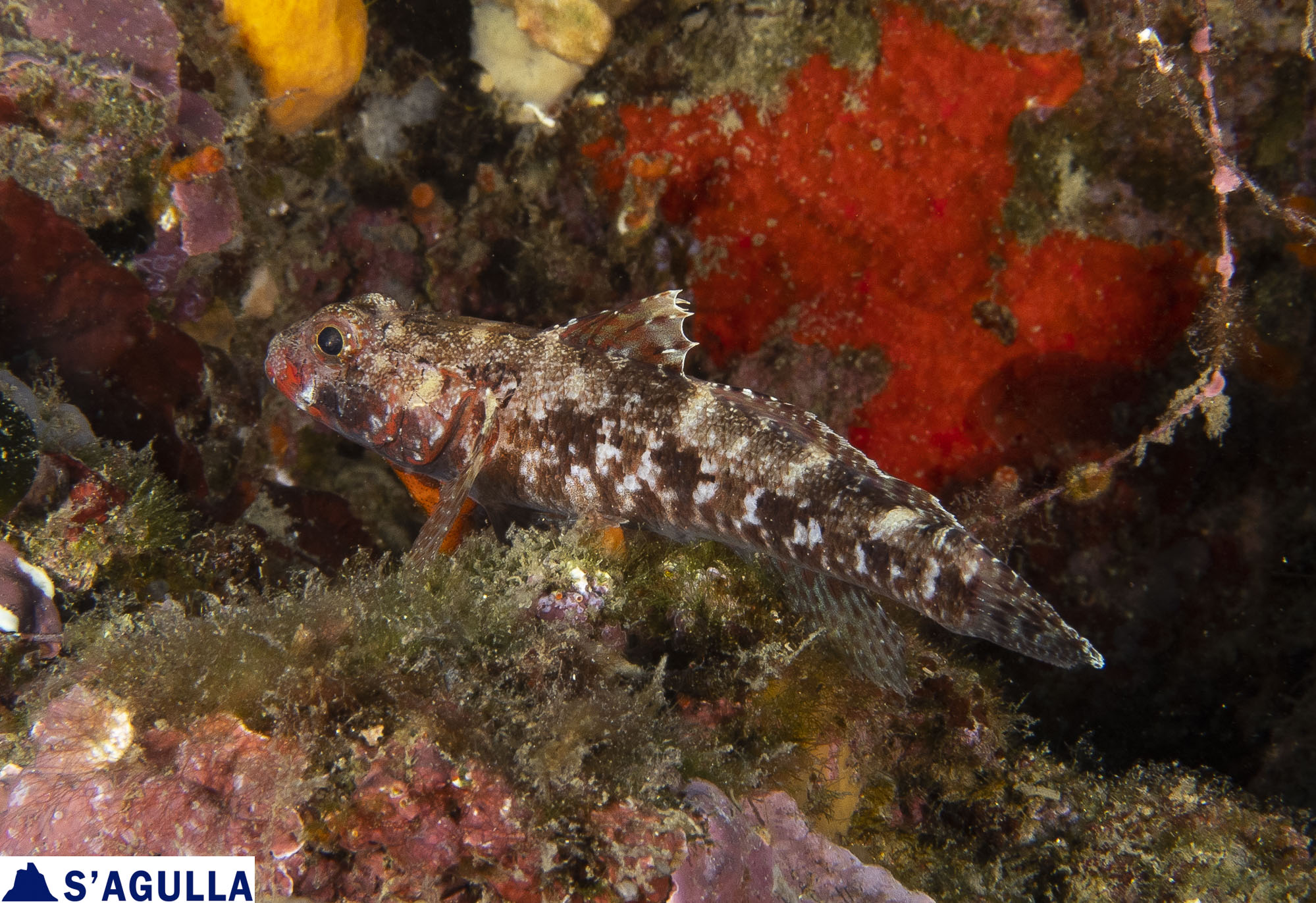 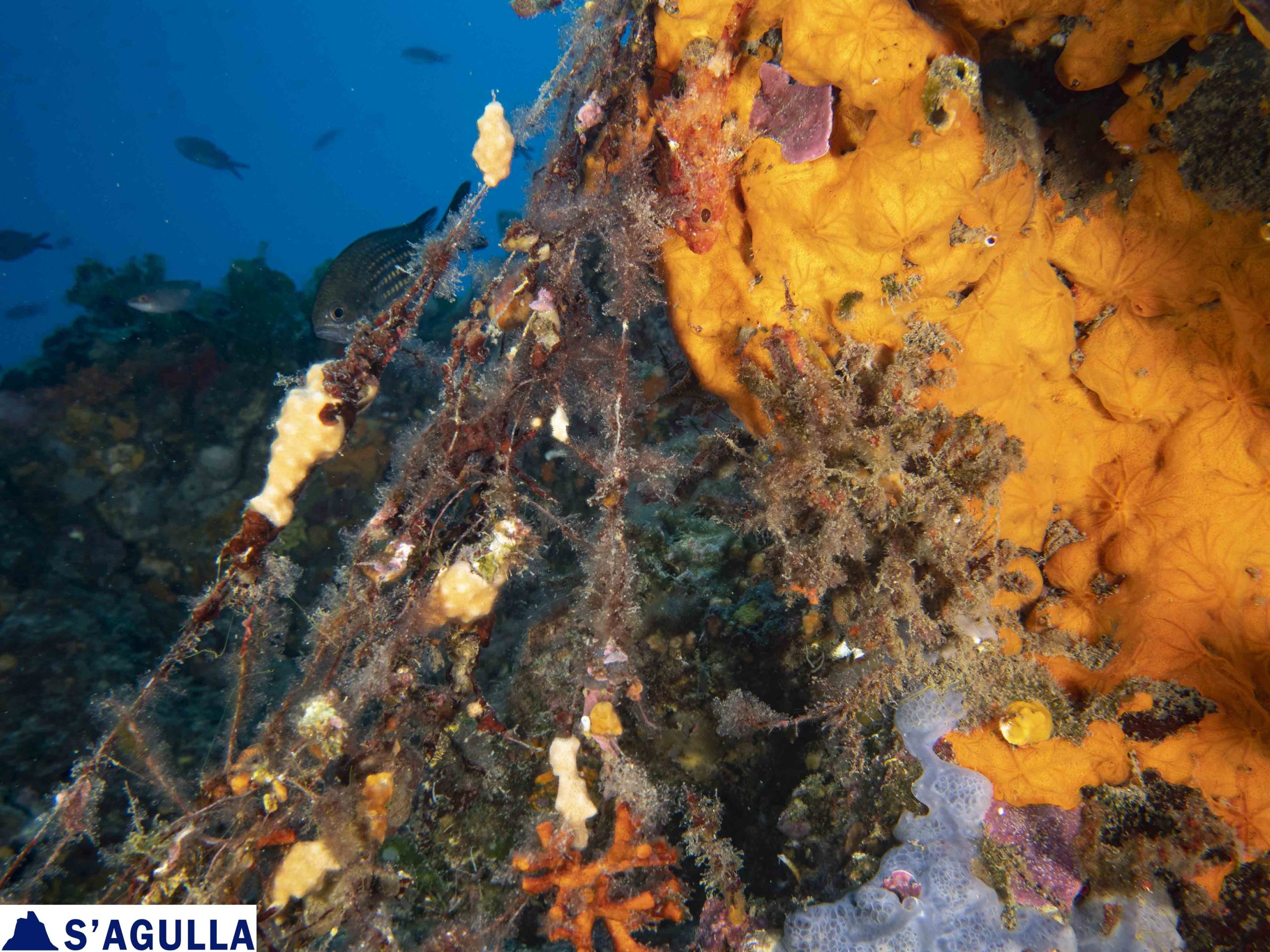 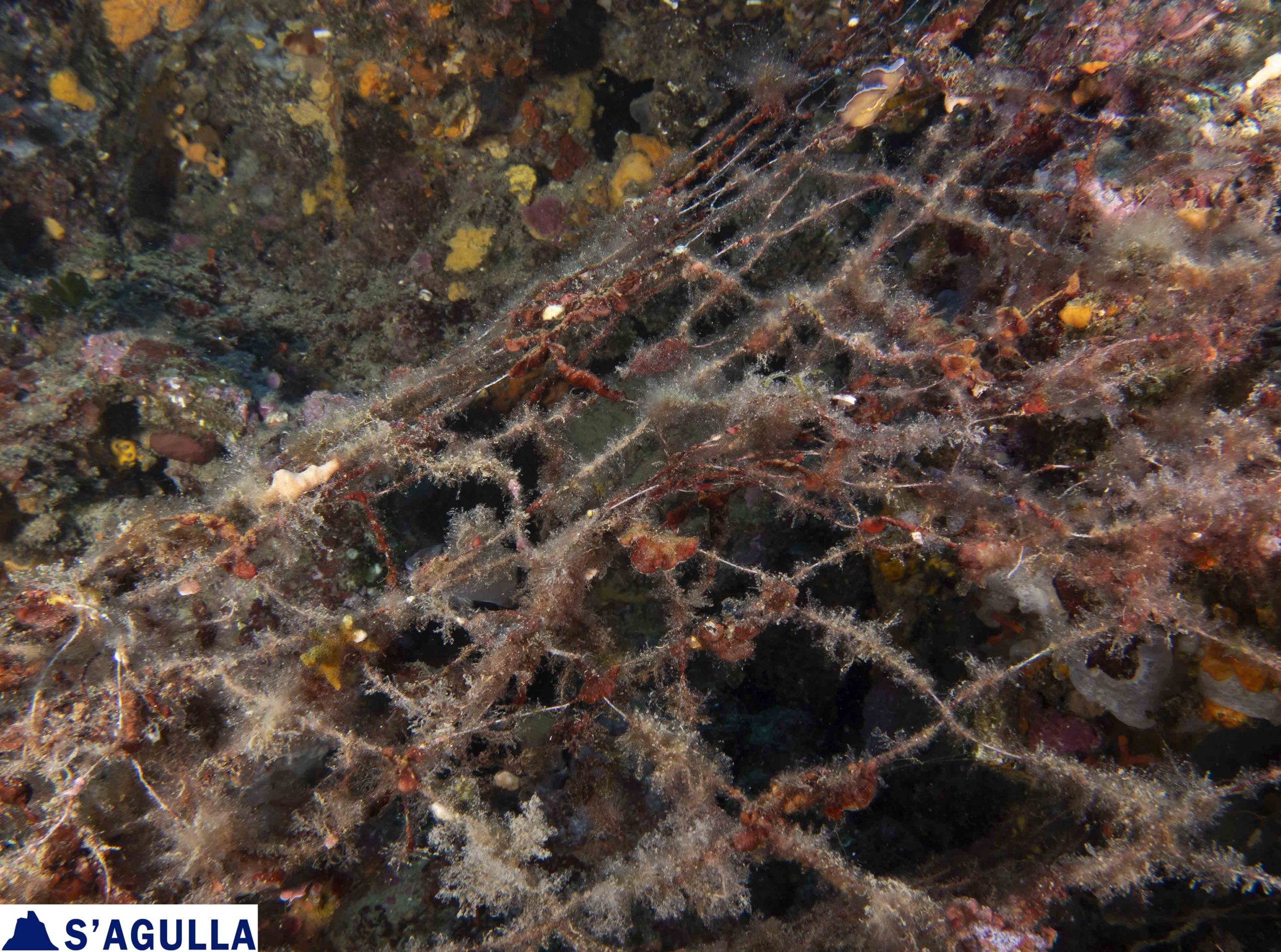 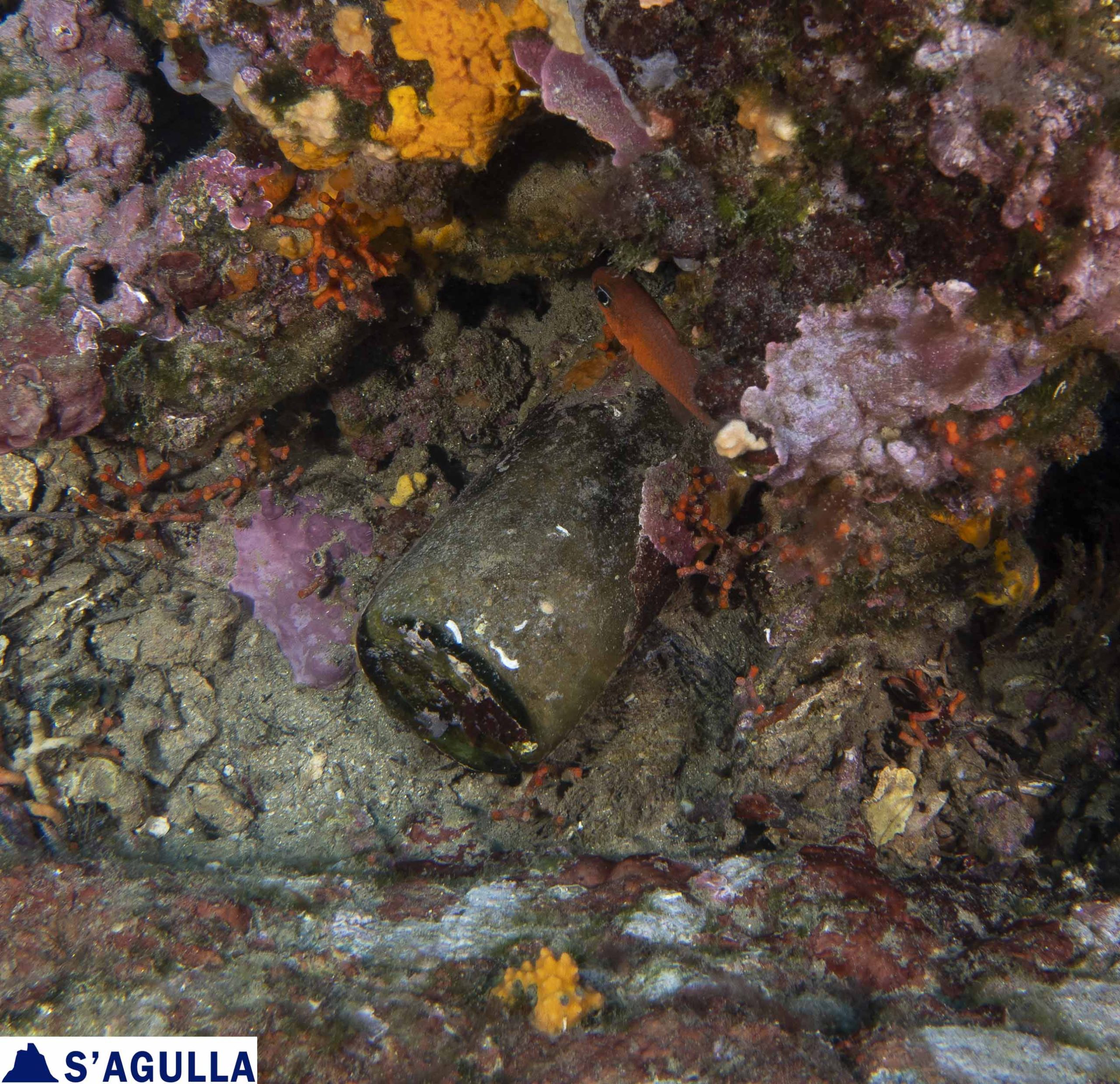 By continuing to use the site, you agree to the use of cookies More information.